Evolution of a Painting From Memory

This is a first for me!!! Jay has commissioned me to paint a picture of a place from his memory, his grandparent’s farm in West Texas. It has been quite a challenging project. The first photo below was Jay’s first rough sketch of the farm, which no longer exists. It is now just open prairie. So we started with this sketch and as you can see from the photos following, that it evolved quite a bit. We had to figure out the placement of everything, and then I drew it from three different possible angles. Jay picked the one he liked best of those three. Yesterday, after many months of getting our heads together and coming up with the right scene, I finally finished the painting. I cannot post it on here just yet because Jay does not want to see it until he can see it in person. So when that happens I will post a photo of the finished painting. It is an interesting painting that I am sure stirs a lot of memories!

I see my last post was April 7. It has been a while! 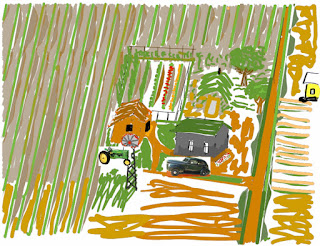 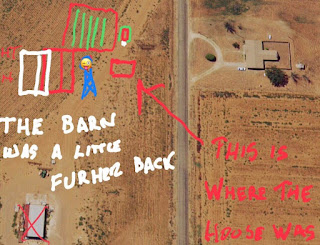 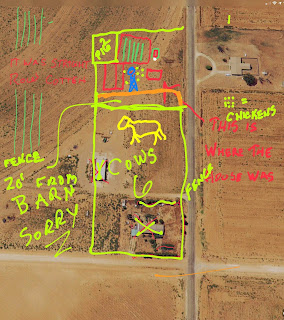 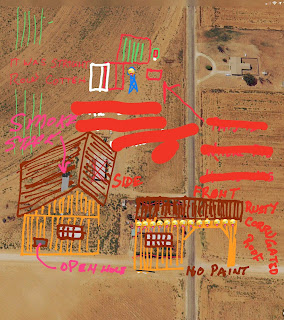 Some instructions for the barn. 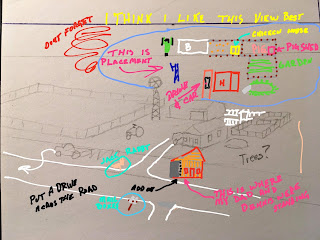 Jay decided on this layout. 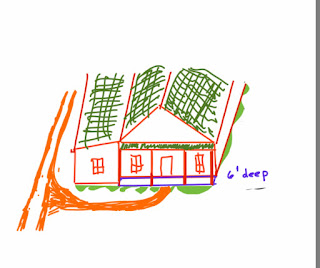 A rough sketch of the old house. 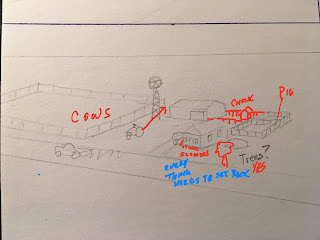 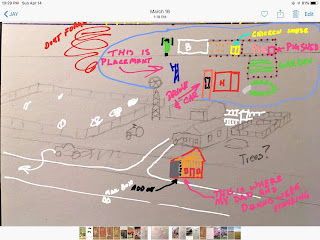 Moving some things around. 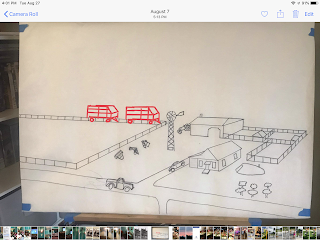 Adding some more things, cotton wagons in this case. 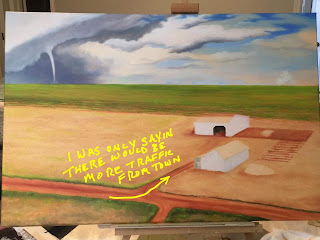 Got it started! This is all you can see of the painting for now! Finished product late!! 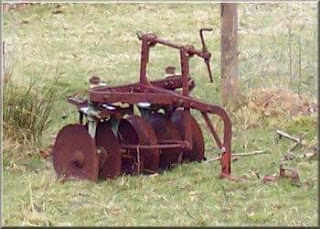 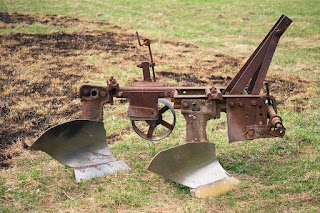 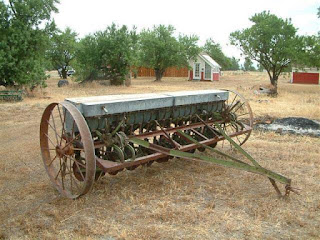 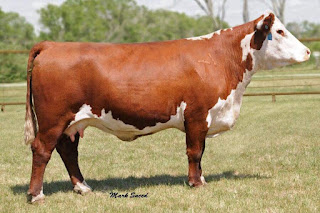 Jay said they had six of these brown and white cows in the pasture. 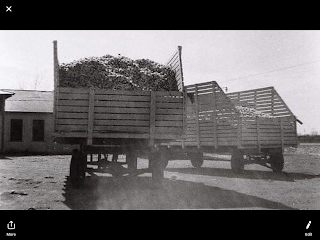 The field in the background is a cotton field, so naturally we needed some wagons to hold the cotton. 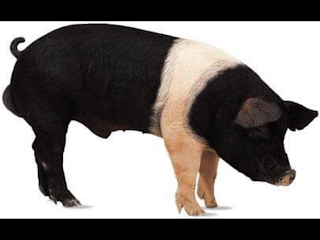 Two of these black and white pigs in the pig pen. 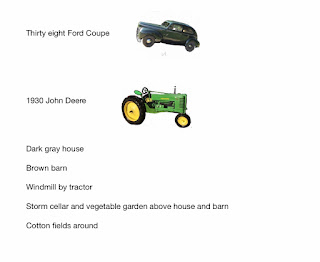 This car and this tractor!! 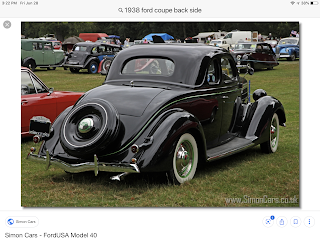 I borrowed this photo reference for the right angle of the car. 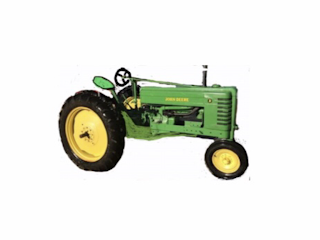 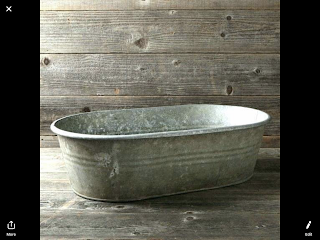 You will see this washtub under the windmill where Jay used to take his bath.

Jay wanted a tornado in the painting. After all, it is west Texas!

A country Road in Nebraska

Posted by Janet Paden at 2:37 PM No comments:

SUBSCRIBE To My Blog and you will be notified when there is a new posting!

The images reproduced in this blog are copyrighted by the artist, Janet Paden. All rights reserved.©

If you are interested in purchasing a painting, or have any questions, please feel free to contact me at janetpaden@gmail.com
I accept PayPal or check for payment. If you are using a check, I will ship your painting after the check is cleared.
***NOTE: The Shipping Prices listed are for the CONTINENTAL U.S. ONLY. No international shipping at this time.
Please keep in mind that colors vary from monitor to monitor. I do try my best to present accurate colors on my photos.